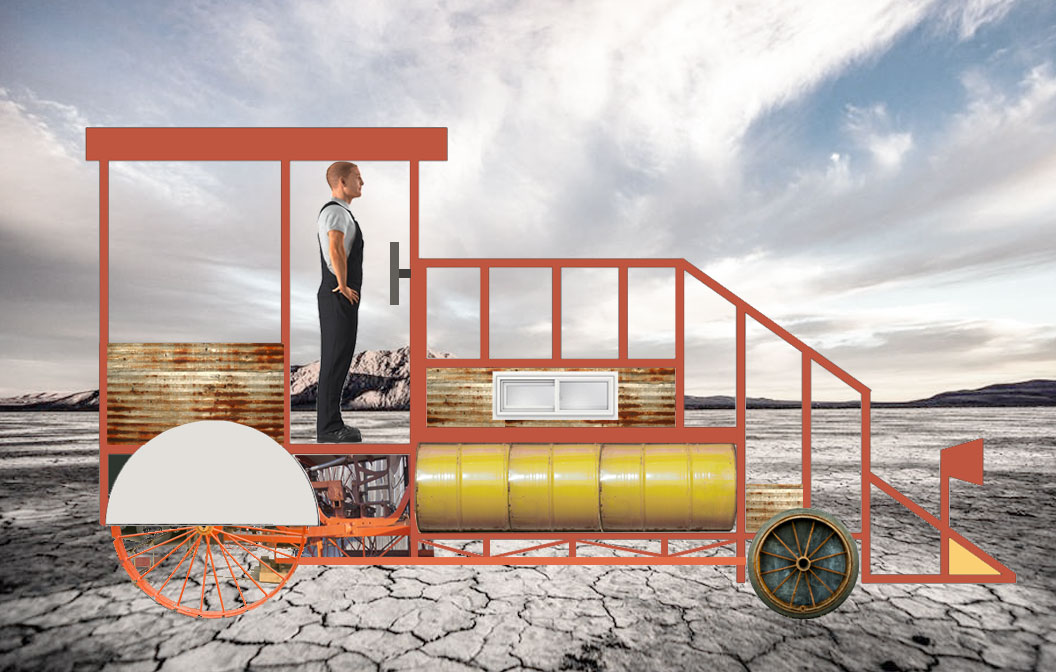 REINCARNATED for 2018 as the Karma Karriage, the engine was working and upgrades were being made. Linkage malfunction led to being forced to leave it behind just before the event.

In 2017, it was called the OMG/WTF! which turned out to be a prescient name because that was exactly what the makers said when the engine failed on playa. Representing thousands of hours and $ for construction spanning more than one year, this hulk of upcycled and surplus metal had a working engine when we left. After the event, it was discovered after yanking the engine and hauling it back to civilization that the electronic ignition went haywire–a very specific part that was futile to repair in the desert, though many tried.

Would you believe this is a golf cart? Somewhere deep in the structure is the core remnant of a golf cart frame.

Interesting note: The wheels were made from scratch from rebar, 1/4″ steel, pipe, and various parts. 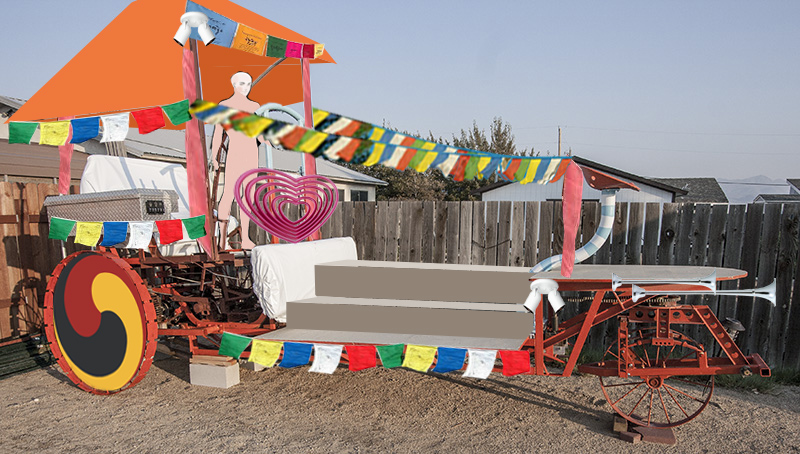 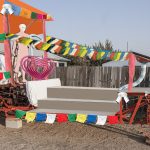 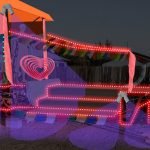 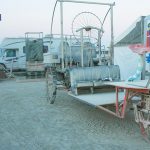 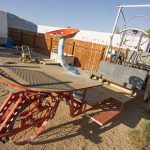 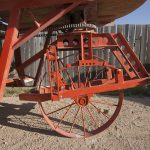